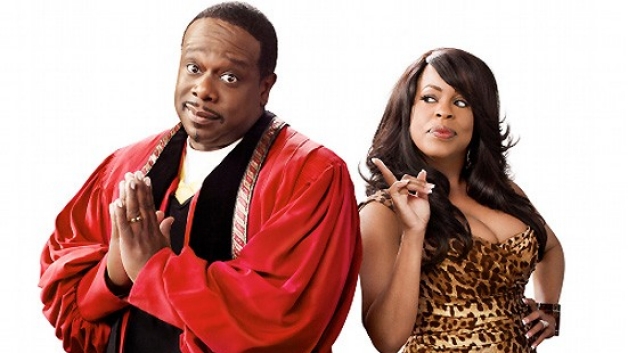 DALLAS (JUNE 24, 2013) – MegaFest, the three-day family festival hosted by T.D. Jakes, will deliver an amazing lineup of inspirational entertainment when top celebrities from music, film, television, comedy and sports converge on Dallas August 29 – 31. The “Just Churchin” Comedy Show, Woman of Purpose Concert and the Ball Up Streetball Classic Tour Championship game are just a few of the electrifying entertainment events that will captivate audiences during the Labor Day weekend.

“MegaFest is about coming together to strengthen each other and our families, and leaving refreshed and ready to help our communities,” said Jakes. “There’s no better way to get inspired than by having fun, creating memories and laughing together.”

Making its triumphant return to the United States for the first time since 2006, MegaFest will be held at the DallasConvention Center, AmericanAirlinesCenter and other venues throughout the city. This supersized event marries four of Jakes’ most popular conferences: ManPower, Woman Thou Art Loosed, MegaYouth and MegaKidz with a plethora of entertainment, business and other empowering features for the entire family.

Hosted by Cedric the Entertainer and Niecy Nash, stars of the TV Land hit sitcom “The Soul Man,” the “Just Churchin” comedy show is a MegaFest favorite! Slated for Friday, August 30 at 8 p.m. at the Dallas Convention Center Arena, “Just Church’n” guarantees a flavorful mix of comedic talent, with hilarious, family-friendly stand up routines from seasoned veteran comedians to the hottest up and coming talent. Tickets go on sale June 28.

“I’m really excited to have the opportunity to kick-off Bishop Jakes’ inspirational weekend with some soulful fun as co-host (with Niecy Nash) of the Just Churchin’ Comedy Show at his MegaFest experience in Dallas this summer. It’s great bringing the fun and being part of a line-up of such forward-moving, positive events that benefit and enhance the lives of so many families in the community,” said Cedric the Entertainer.

Visit ww.mega-fest.com for more confirmed talent and special event updates, and stay connected via Twitter by following @tdjmegafest, @wtalconf, @mpconf and @myecode.social media. Tickets for all special events can be purchased by visiting www.mega-fest.com or www.ticketmaster.com.

Other MegaFest featured speakers and guests include Pastors Joel and Victoria Osteen, who will headline the event along with Jakes, Bishop I. V. Hilliard, Dr. Jasmin Sculark, Dr. Marvin Sapp, Pastor Sheryl Brady, Dr. E. Dewey Smith and Pastor Chris Durso, among others. Dubbed ‘America‘s largest inspirational festival,’ leading voices of faith, commerce and entertainment will participate at MegaFest. The event will draw men, women and youth with real-world messages of hope and purpose.

Project Connect Is On The Austin Ballot