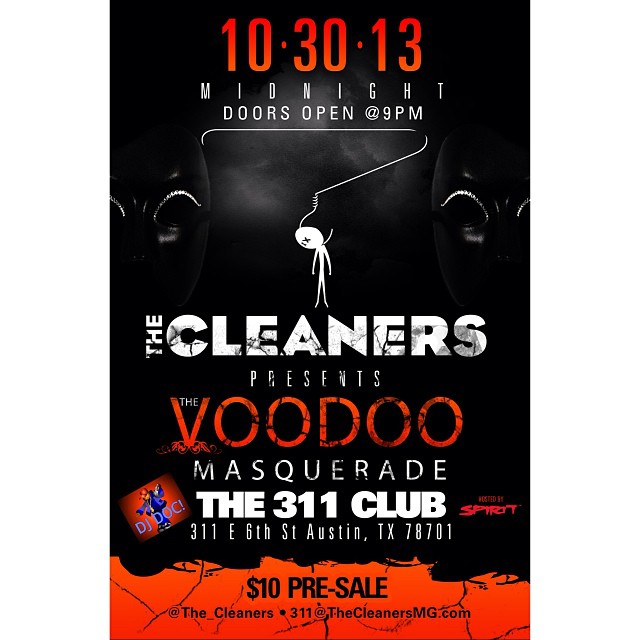 The 311 Club sits humbly at the heart of the Live Music Capital: the last live Rhythm & Blues venue on world-renowned 6th Street. Longtime owner Joe Valentine, an industry legend with a solid musical career spanning over five decades, still takes the stage every weekend to croon familiar classics to an eager and lively crowd.
With its high, elaborately textured ceilings, deep-set carpeted stage and lovingly worn concrete floors, The 311 Club already looks like a home for urban music in this town. Soon enough, however, The 311 will join with innovative Austin-based R&B/Hip Hop production house “The Cleaners” to lay the final bricks on an already remarkable legacy.
On Wednesday October 30, The 311 Club presents “The Voodoo Masquerade,” and welcomes a healthy infusion of quality original music and new fans to celebrate a new era of live R&B and Hip Hop performance. Shows will continue running every Wednesday, with the ultimate goal of expanding to other nights of the week and, eventually, touring.
The Cleaners CEO Bluu Suede acts as Music Director, bringing many years of industry training and experience (American Idol season 5, movie/television placements, touring artist with award-winning songstress and actress Jill Scott) to the show. On opening night, fans will also see Bluu Suede take the stage to headline.  About this venture, Bluu says, “we actually want to raise the bar. We felt like it was important to bring urban music back to a place where there’s always been a foundation. The 311 Club was the perfect spot.” 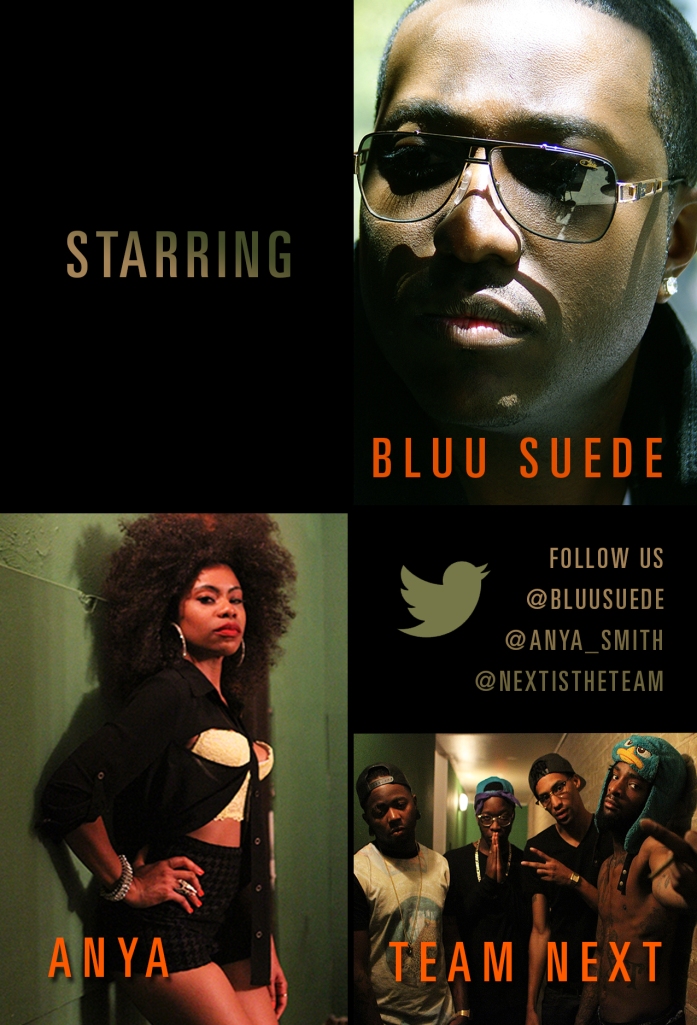 Great music is easy to come by in Austin, so The 311 Club and The Cleaners have also enlisted the expertise of Artistic Director Bernard Martinez to help bring “The Voodoo Masquerade” and subsequent shows to life. Having staged, choreographed, and worked closely with some of the biggest names in the music and fashion industries, Martinez’ involvement means that audiences can expect a stage show on par with the greats. Classically trained in Broadway-style performance, Martinez has spent the last few months working closely with the performing artists and venue to ensure that this is more than a show. It’s an experience. Martinez explains, “We have created a living space for patrons to come and feel at home and be entertained. That’s what differentiates our show from others.”
Also performing at The Voodoo Masquerade will be genre-blending artist Anya (Austin Hip Hop Awards “Best Female Artist 2013”, first Hip Hop act featured on YNN’s “Texas Music Spotlight”) and Team Next, whose youth and energy make them poised to become Austin’s next big Hip Hop supergroup.
Consider it a “grand reopening” or a “reimagining” of The 311 Club, but Austin’s urban music fans have never seen a production like this one. Pre-sale tickets now available at $10. For more information and tickets, contact 311@TheCleanersMG.com or visit  http://thecleanerspresents.eventbrite.com  .
Anya – “Not Chief Nor Beggar”
Follow @The_Cleaners on Twitter!
Follow THECLEANERSMG on Instagram!
Like  The Cleaners on Facebook !
Contact:
Admin
311@TheCleanersMG.com   Anastasia Smith Anya@TheCleanersMG.com
Shametra McGregor is a community writer for Ujima Magazine.

Seniors and The Importance of Balance